Home › Uncategorized › Of Zombies And Men

Of Zombies And Men

I’ve been revising my new novel which I plan on releasing sometime this summer. While it is part of the “Metaverse Crimes Team” series it is not a sequel per se but rather a spin-off of  “The Metaverse.”

It is not strictly a horror story or even a tale of the undead, Zombies nonetheless have a central role.

Anyway, I was going to write a cute tongue-in-cheek post about why my home state of New Mexico is a good place to ride out the Zombie Apocalypse that everyone knows is coming.

Then the news broke that a gunman (they almost always are men) had opened fire, deliberately targeting a group of Republican Congressman because of all the wrongs that occur in this world those elected officials, their aides and presumably anyone else in attendance advocated for policies that the shooter was in opposition to. I won’t wade into that whole episode any further except to say that it got me to thinking about some things.

In my upcoming story, a lot of action occurs where people, both bad and good struggle against terrible monsters, former fellow human beings and now Zombies. The handful of “normal” people must battle the awful beings whose legions number in the tens of millions. Needless to say, a lot of firepower is brought to bear on these hapless creatures.

Aside from the fact that they will bite you and try to suck the brains from your skull or tear the flesh from your body they need to be destroyed, for the good of humankind. Most people (at least the ones I know) would not think it exciting let alone moral to go out and shoot people down. But dehumanize that person, and something happens in our psyche, both individually and collectively that allows many to treat their fellow man with dismissiveness, derision, and even violence.

Unfortunately one does not need to be a Zombie to undergo that judgment. It seems simply having a difference of opinion for some people is enough, while for others it is about religion. I have noticed that society as a whole has de-evolved when it comes to civil discourse. You need not look past the most popular social media sites to find examples.

With the internet between us, it is easier than ever to dehumanize another person. We wade into discussions to start arguments, we jump into debates to start fights that are mostly virtual but just as vicious as the real thing. It’s easy to do when you don’t have to look the other person in the eyes. You don’t consider their point of view let alone their feelings because those things no longer count. They are not an equal; worthy of nothing but your scorn. What they say, think or believe does not matter because you have already rendered judgment.

A fan of lively debate and persuasive conversation I  used to discuss the issues of the day on Facebook and other forums but no more. My politics are not important, nor are yours. They will have virtually no effect on another person, at least not individually. We used to debate to persuade those on the other side of the position to if not join us, at least to find common ground. I still enjoy a lively face to face discussion, and some of my closest friends have views diametrically opposed to mine on a variety of topics and yet we like each other still. 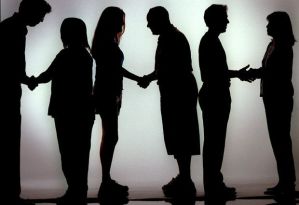 Perhaps the art of conversation and civility, in general, is lost over the new mediums in which most of us communicate. 24/7 news channels of all stripes give us plenty to get worked up about while allowing us to pass judgments on people based on sound bites that we rarely hear in context. I would go so far as to say that is done deliberately but then some might call me a conspiracy theorist (other than space aliens at Area 51 being hidden by the government I believe no conspiracies…JK).

I guess for now I will return to my “safe space.” You know, the one with the Zombies. At least I know they are make believe (aren’t they?).