Home › Uncategorized › COVID-19 Is Scarier When Math Is Hard

COVID-19 Is Scarier When Math Is Hard

“If you torture data long enough, it will confess to anything.”

A few years back my last real job (where I had to show up forty hours a week year-round) was as a Gaming Regulator. Strolling through a casino, any casino I would be in constant amazement with the simplicity at which gaming establishments separated people from their money. Nowhere was that more true than with people playing slot machines. It was not the glitter and glamour, nor the cheap food or swill that passed as booze handed out like candy by the costumed-themed hostesses, although those things did help to be sure. 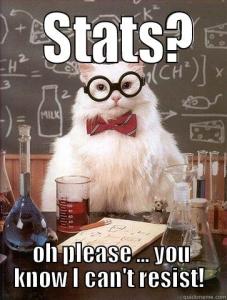 No, it was math, because well for most players math is just too darned hard.

Gamblers would rather believe that the state-regulated eighty-five-percent or better payout meant they had a real chance of hitting it big. Breaking-even at worst and even then still believing they came out ahead because, you know, they got a “free” buffet ticket. The feeling of winning occurs when the machine gives them one-hundred-and-twenty-five-percent of their wager now and then. Receiving far less than that, down to zero on many spins, they remain optimistic they are even or maybe only a little bit down although mostly they really don’t know. Who has time to keep a running count when there are fortunes to be won?

A Statistical Outlier is what we would call a jackpot winner. Even then the term winner needs to be qualified; an accurate win-loss ledger logging all the times they ever played for any amount would need to be balanced against the jackpot just won. Often overlooked is that the casino has nearly unlimited players and opportunities to bring to bear the simple math that will make it a certainty that a player, over time,  will lose.

“There was a statistician that drowned crossing a river… It was 3 feet deep on average.” -Unknown

Taking a slot machine that is set to payout ninety-percent, which is over its lifetime and billions of iterations not the relatively minuscule time you spend with it, lets keep it simple. If you gave me a dollar and I gave you ninety-cents some of the time while occasionally throwing in a buck-and-a-quarter, you might not know that you are losing; after all I give you some money, sometimes for your dollar which is sometimes more and sometimes less its value. Holding out for the big one, not the quarters, you pay scant attention.

Over infinity, which is the time that the casino possesses but which you do not, that dollar grinds down to ninety-cents. Then becomes eighty-one-cents, then seventy-two, then sixty-five. Hopefully, you can see the trend. Most do, just not while engaged in gambling because, well the casino is different. Somehow math doesn’t apply or maybe logic is placed on hold while emotions take over.

In many respects that is what is occurring with the COVID-19 pandemic. Each night we are inundated with the latest numbers, graphs, charts, trends, models and then further assaulted by various talking heads prognosticating what all those things mean as if they knew.

They Do, They Don’t, Well Maybe.

When you take all of what has been said it amounts to a shotgun approach, meaning that some of what they say will be proven. This renders, at least in their minds, the disproven moot. There is not a large enough set of data points yet to have a statistically valid sample size, making wide predictions a safe bet as much of what they are saying will occur, only the numbers will change.

For example, for a time the global mortality rate for this disease hovered around four-percent. But in Italy, it was around ten-percent. In the U.S. and Germany one-and-a-half-percent, some other European countries even lower. The disparity highlighted what we didn’t know, making those statistics meaningless.

Until we have a statistically relevant amount of cases in a population and can get to ninety-five-percent confidence with that analysis (margin of error +/- 5%) you are simply throwing darts at a board where almost any number is accurate some of the time, like in a casino. In these circumstances anecdotal statistics become relevant, and in some cases more so than the official modeling.

And those numbers abound. For example, currently about ten percent of people in the U.S with symptoms will need to be hospitalized. Three-to-five-percent will end up in the ICU, one-to-three-percent will need to be intubated (put on a ventilator) and about half of those ventilated patients will succumb not to the Corona Virus per se, but something known as Acute Respiratory Distress Syndrome (ARDS), or complications of the flu. Then there are the patients that died of something else, but also were positive with COVID-19; those people died with it, not necessarily because of it. While those percentages sound small, and they are, the numbers they represent, particularly among the most affected populations are huge.

“Figures Do Not Lie, But Liars Figure.” -Mark Twain

Sticking to the percentages you may feel at ease; if you become infected you are likely to have no or mild systems. But if you are older, have underlying health issues (or unknown ones), have a BMI over forty, are/were a smoker, have high blood pressure, COPD, Diabetes, etc. etc. then well the odds begin to shift, even then they remain in your favor. Being admitted into a hospital would make you an outlier, kinda like winning the jackpot on a slot machine.

And therein lies the rub, there may not be room for you at the inn. Because of what is known as exponential growth, too many people may be competing for limited resources; you don’t want to get COVID-19 at such an inopportune time, or anything else requiring hospitalization.

During normal times, U.S. hospitals operate at around sixty-five-percent of capacity. When you factor in the costs of running, and not the least staffing a medical facility, that thirty-five-percent cushion seems reasonable; hospitals can increase their patients by over fifty-percent if need be, a higher readiness rate than most other countries.

That approach is sound, that is until there are no more beds. A possible scenario if a large enough population all gets sick at once, hence making COVID-19, far worse than a seasonal flu. Because of its infectious nature, the denser the population the greater the demand. And that’s just for COVID-19 patients. God forbid you need to get into a hospital for the run of the mill things, like heart attacks and strokes…

We constantly hear on the nightly news about how the U.S. has surpassed all other nations in total cases, including China. Although I would throw out anything coming out of China because they are being far from transparent, even expelling western journalists who don’t spread the “good news,” but I digress.

Looking at it from a different viewpoint our cases per-capita is still low. We’ve tested more than any other country and our mortality rates seem to be dropping. Those are graphs you will not see on the nightly news. The media much prefers the scarier ones and never include that we are a huge country in terms of landmass and population. Remember any journalist worth their salt lives by the edict if it bleeds it leads.

We’ve Been Here Before.

Keep in mind however our population then was two-hundred-million-people, two-thirds of what it is now. If you adjust for the increased population and go with the higher death count of two-hundred-thousand-plus then the numbers are close to a wash. Only time and good data will tell if COVID-19 is worse than the pandemic in 1968 in terms of mortality. One thing I will predict is that the economic results will be far more devastating from COVID-19. I make no moral judgement in this regard only pointing out that rightly or wrongly we have devastated the economy and the financial security of millions of Americans to reduce the mortality-rate for a tiny percentage of the population.

Models Are Only As Good As The Assumptions Used.

The numbers I’ve used are widely available, but you can just as easily find different ones if you so choose, making mine and yours more alike than dissimilar as they are both to be taken with a grain of salt.

Modeling relies on what is known, or in the absence of evidence, assumed. Currently there is more unknowns then knowns. One thing that we do know about this disease is that a fairly significant portion of the population with and without symptoms have not been tested, sought medical attention and recovered on their own. In short those people have not been counted. When they are, or at the least an accurate statistical representation is developed, a dilution of current statistics and perhaps more importantly the models that are available today will not look nearly as scary.

“Everything Will Be Okay In The End. If It’s Not Okay, It’s Not The End.” -John Lennon

I make no predictions, and even if I did I’m not qualified anyway; kinda like most of the talking heads. While some of this blog post are the ramblings of a bored writer, I do take comfort in the direction that the numbers are trending overall.

And you should too. You have a better chance of winning that slot machine jackpot than losing your life to this illness, unless like the jackpot winner, you are an outlier…

« Ski Conditions were Awesome BC (Before COVID19)
Head Super Shape iRally: A Flat Out Ripping Ski! »